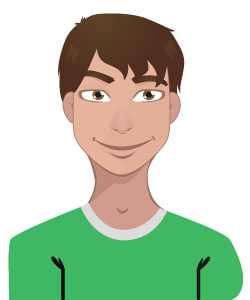 When it comes to making sure that your home and family are safe and sound, few things are as important as choosing the right insurance plan. About six months ago, my home burned to the ground, and without the right insurance plan, we would have been toast financially. Fortunately, because we had prepared properly, we didn't have any problems when it came to making sure that we could rebuild our place. This website is here to help anyone who might be struggling with which insurance policy to choose. Check out this blog for great information on finding the perfect policy.

Do You Really Need Uninsured And Underinsured Motorist Coverage Insurance?

What these types of products cover

If you do not know what uninsured and underinsured motorist coverages are for, then you need to begin by gaining an understanding of that. When you have uninsured motorist coverage, it is an insurance product that covers damages to you and your car if an uninsured driver causes a collision with your vehicle. If this driver had insurance, his or her insurance company would have paid the bill for the damages. Because the driver did not have insurance, though, having uninsured coverage would protect you in this type of situation.

Underinsured motorist coverage is similar, as it offers coverage to you if another person causes an accident, but it is important to understand that this is designed to kick in if the other party involved did not have enough insurance. This means that the other driver had insurance but that it was not enough to cover all the damages you incurred.

The chances of needing to use this coverage

You might think that you will never get in a car accident, let alone get in one with an uninsured or underinsured driver, but that might not be true. In fact, the chances of this occurring are relatively high if you look at the statistics on the number of people who drive without insurance or without enough insurance. According to a study from 2015, approximately one driver of every eight drivers on the road did not have any auto insurance. This means that there is a 1 in 8 chance that if you are in an accident it could be with an uninsured driver.

Why adding these coverages is a good idea

Adding both uninsured and underinsured motorist coverages is a good idea for several reasons. The first reason is because it does not cost a lot to have these two forms of coverage. Secondly, having them will protect you if you ever encounter an accident with a driver that fits into one of these two categories.